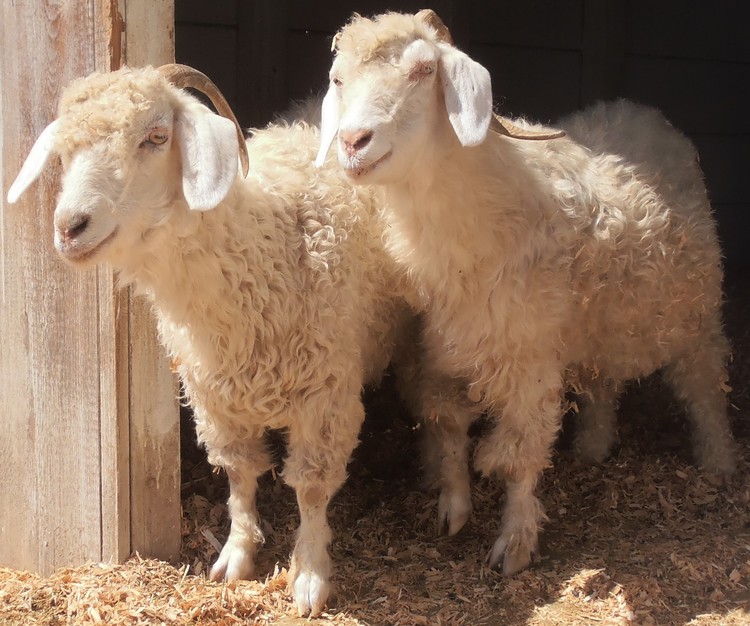 Goats were raised by the Leonis family primarily for milk, cheese, and wool. The Nubian goat, known outside North America as the Anglo-Nubian goat, was developed in Great Britain and brought to the United States by English settlers as a source of meat and milk. The breed is extraordinarily adaptable to extreme heat. Today, Nubian goats are mainly bred as dairy goats and have become the most popular milk-producing goat in the United States and are the best for cheese production. They are also known for their outgoing personality and affection towards humans.

Angora goats were introduced to the United States in 1849 and are the source of mohair, which is regarded as a luxury fiber. Mohair is a high-luster yarn or fabric made from angora goat hair and is more expensive than standard sheep wool because its production is quite labor intensive.

Domesticated goats have been a food, leather, and textile source for people since prehistoric times. An adult male is called a buck or billy goat and an adult female is called a doe or nanny goat. A goat less than one year old is called a kid.