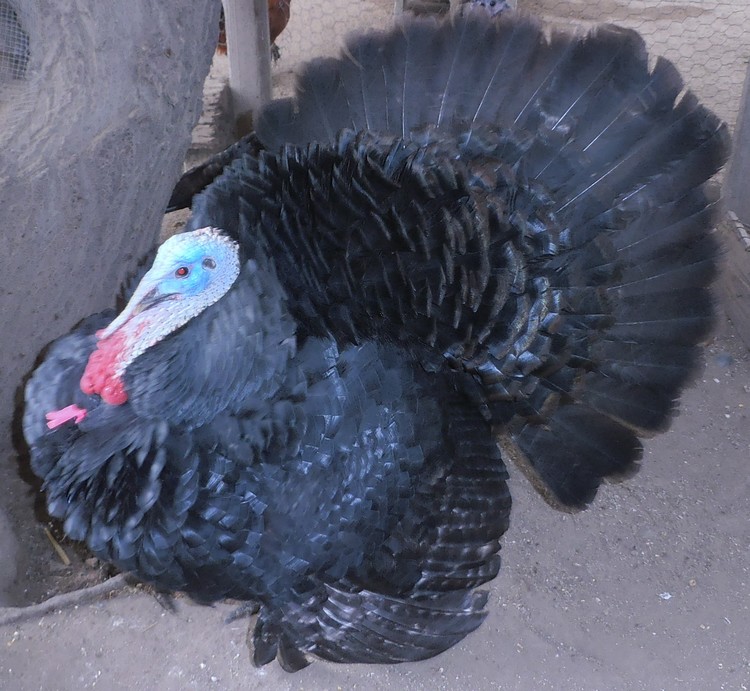 The wild turkey is native to North America, where it is the largest game bird. The turkeys raised at the Leonis Adobe Ranch are Black turkeys, also referred to as Spanish turkeys. They originated in Spain and were brought to America by early colonists. Spanish turkeys were eventually crossed with Eastern wild turkeys native to North America, producing the Black Turkey variety in America today. Turkey feathers were used to make quill pens which was the primary writing tool through the early 1800s. The turkey became the symbol of the Thanksgiving feast in 1857. When southern California’s cattle and sheep industry were decimated by flood and drought in the 1860s, women in Calabasas raised chickens and turkeys for income.