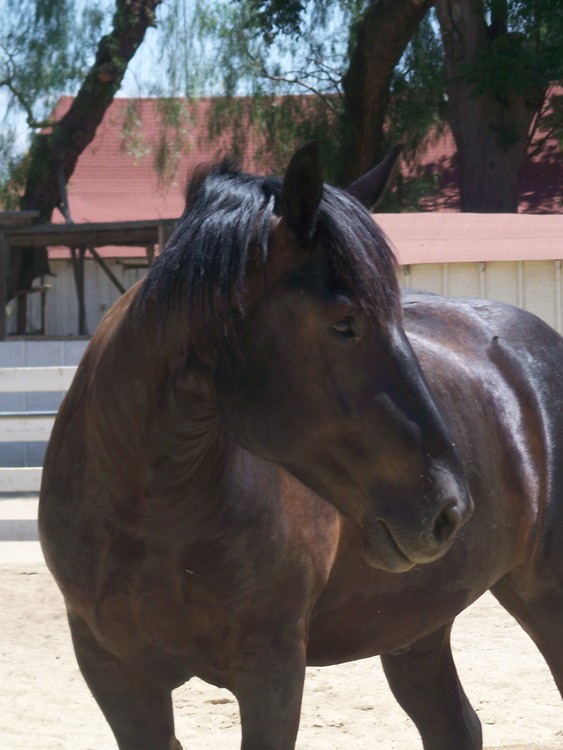 Percherons are a large draft-horse breed that originated in the Perche region of France. Originally bred as war horses, over time they were utilized for pulling stagecoaches, hauling weighty loads, and heavy farm work. They were introduced to the United States in the 1850s and played a significant role in American agriculture, serving as the work horse on most farms. Percherons are usually black or grey in color, very muscular, and are known for their intelligence and their willingness to work. In the United States, they average between 66 and 71 inches in height—about 16 to 17 hands—and can weigh from 1,900 up to 2,600 pounds!