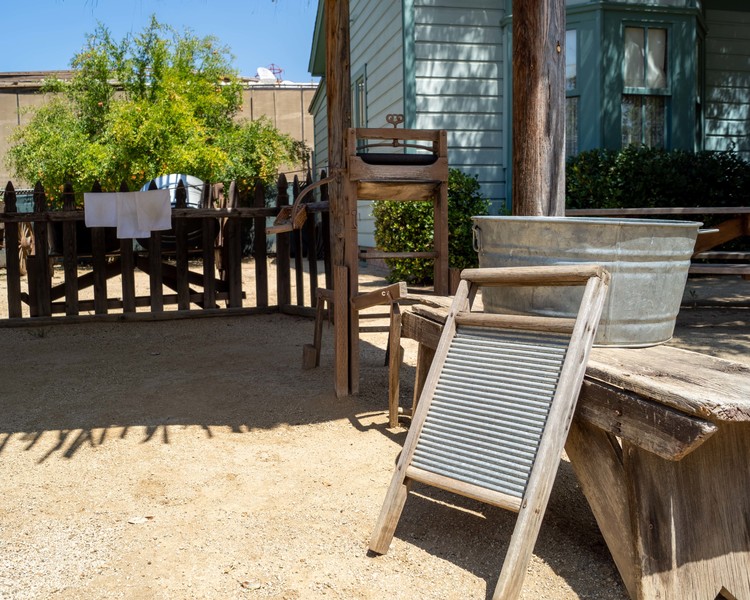 Clothes were boiled in a large kettle with pieces of hard soap made from lye and tallow. Lye is sodium hydroxide, which was produced by leaching wood ashes. Tallow is rendered beef fat. Although soap making in America existed during the colonial period, the soap industry did not officially start until the early 19th century, when the quality, scent, and texture of soap improved.

Laundry and ironing were usually done by women or hired hands. After washing, the wringer was used to squeeze out excess water from the garment. Clothes were then hung on a clothesline with wood clothespins.