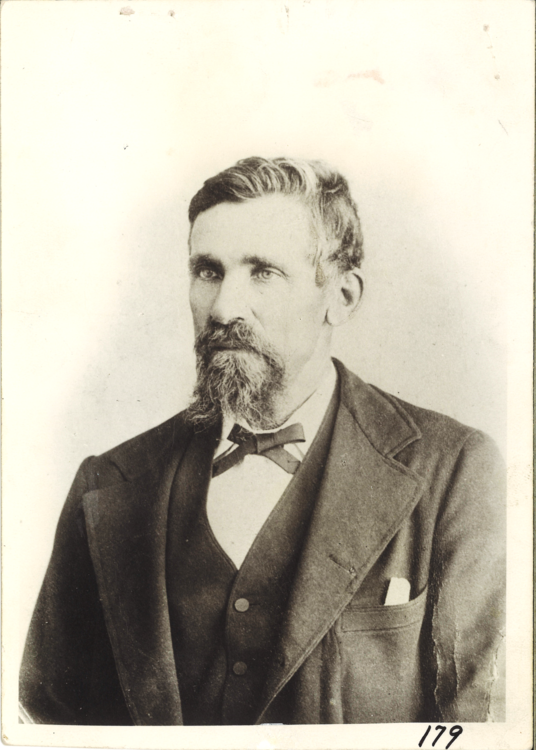 Standing six feet four inches tall, Miguel Leonis (born in Cambo les Bains France in 1822) was one of the most fascinating figures in 19th century Los Angeles, a larger-than-life wealthy French Basque immigrant and rancho owner. Despite being illiterate, Leonis was a brilliant business man and claimed and controlled not only a large portion of the western San Fernando Valley, but also amassed thousands of acres throughout Los Angeles, Elizabeth Lake, and Ventura County, as well as a hotel and two prime city blocks in Santa Barbara.

The adobe house sits on property that Miguel Leonis claimed as part of his vast land holdings; but ultimately the parcel was deemed as public domain under the Homestead Act of 1862. To keep the land and circumvent the prevailing land laws, sometime between 1869 and 1870, he built a home—today’s Leonis Adobe in Calabasas—on the property to establish official residency and prevent homesteading claims.

Completely against Basque tradition, Leonis’s common-law wife, Espiritu Chijulla, was a Chumash Tongva Native American. Leonis began his career as a land baron by acquiring a portion of Rancho El Escorpion from Espiritu’s father, Odon, who was one of the rancho’s three original land grant recipients.

Miguel Leonis died in a wagon accident while traveling over the Cahuenga Pass in 1889. After his death, it was revealed in Leonis's will that he left the bulk of his estate, approximately $300,000 ($8,453,000 in 2020) to relatives in France. Although Native Americans had no legal rights during the period, Espiritu, his common-law wife of 30 years, took the highly unusual step of challenging the estate.