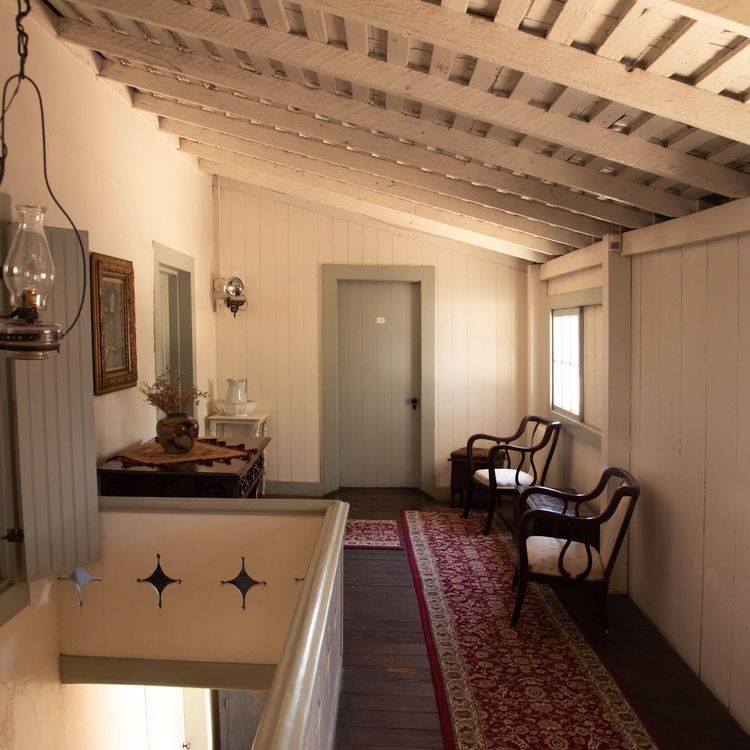 This area was originally an open outdoor veranda and stairway, which explains the exterior window and shutters above the stairs. The Douglas fir floors were intentionally sloped to allow rainwater to drain away from the adobe house. The space was enclosed in the 1870s and became an interior hallway with some of the original roofing nails still visible today. The ceiling was also used for hanging and drying grapes.

A photo of Espiritu Leonis, when she was about 69 years old, hangs prominently on the wall. It is believed the photograph was taken in her lawyer's office shortly after she won a 16-year protracted legal battle to keep a wife's share of the estate.