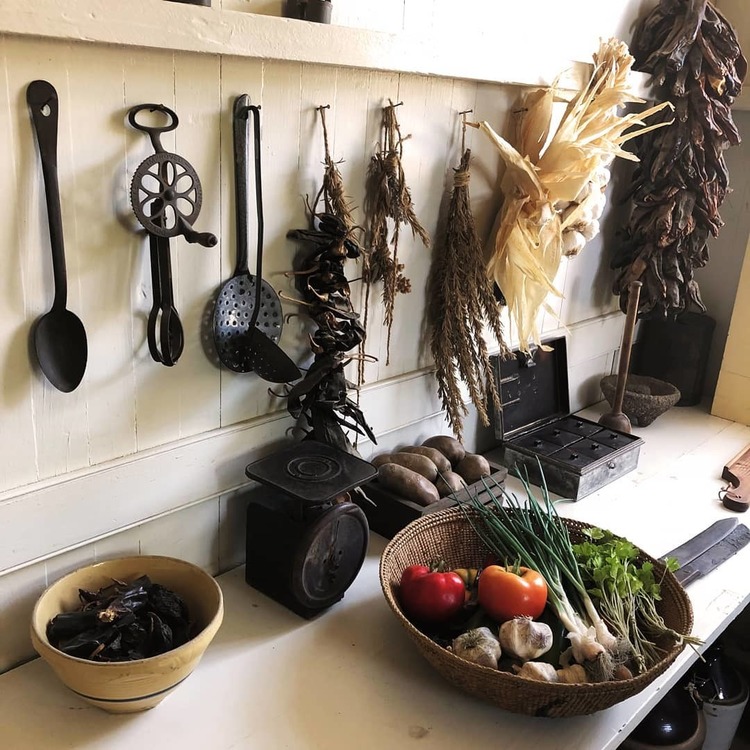 The kitchen also has a dirt floor and looks very much as it did in the 1880s. The kitchen items are not original to the Leonis family but are consistent with a standard adobe kitchen. The cast iron stove is dated 1875. The counter shelf on the south wall was used for ironing as well as meal preparation.

The corner cupboards across the stove area were used for storing dishes, spices, and other non-perishable food items. Obviously, the pathway separating the two sections of the kitchen today did not exist during Miguel’s time. The kitchen was one open room and a large table would have likely stood in the middle of the space.

From approximately 1900 to1910, water was brought in from the well or the creek through a pipe which ran from the tank house to the kitchen. A half barrel was kept under the faucet to catch any dripping water.

Additionally, the door on the southwest wall of the kitchen led to a small room with large cupboards where dry goods and other food supplies such as milk and bread were stored. This room also had a small bed for visiting guests. Bread was baked on the grounds in an horno, the Spanish word for oven. This small storage room was converted to our current working kitchen.