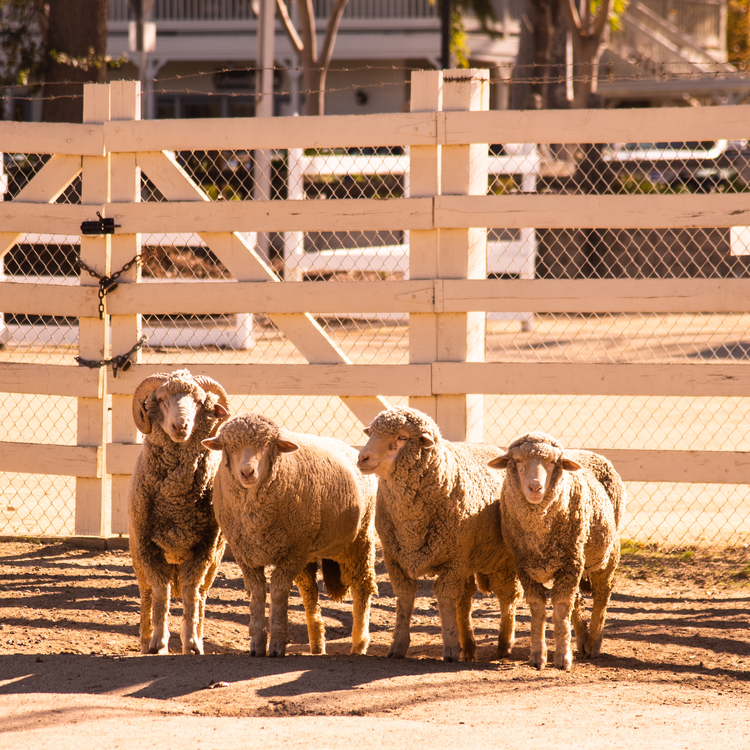 Sheep are one of the most important livestock animals. They provide meat and wool as well as byproducts such as glue, tallow, soap, cosmetics, and fertilizer. By most historical accounts, Merino sheep originated in Spain. The introduction of Spanish Merino sheep changed the wool industry in the United States because Merino wool became prized for its softness and fine quality. By 1860, demand for wool skyrocketed in America and California became one of the leading wool producers. A large part of Miguel Leonis’s financial success was due to land acquisition and his ability to raise sheep and cattle on his land.

The average life expectancy of sheep is about 10-12 years. Females are called ewes and males are rams. The gestation period for ewes is approximately five months; a healthy ewe can give birth to six or more lambs in two years. Sheep have no incisors or cutting teeth in the front part of their upper jaw but are still excellent grazers. Merino sheep are strong and hardy and can adapt to many climates. Because their wool does not stop growing, they need to be shorn at least once a year.