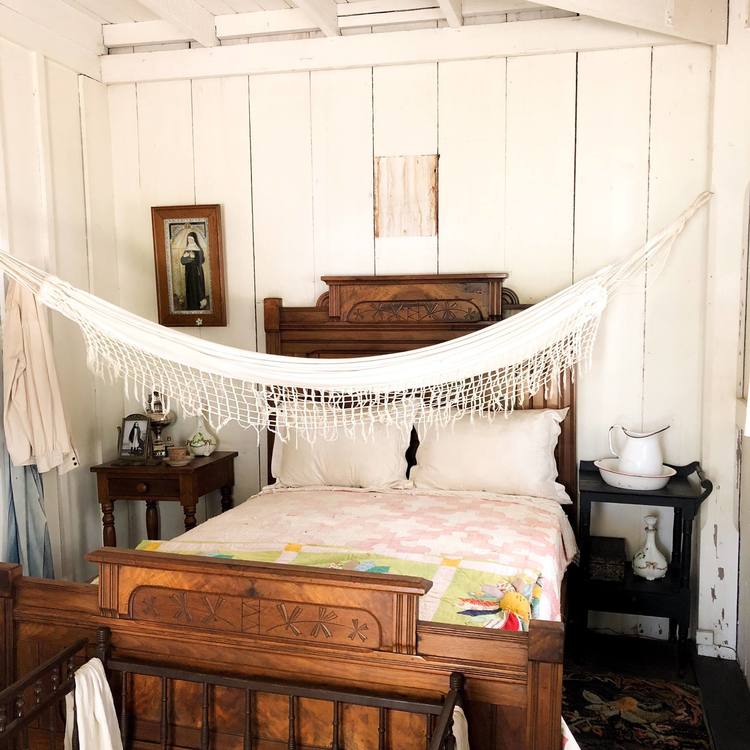 Maria Johnson Orsua and Pedro Orsua occupied this small bedroom during the early 1900s. Their marriage certificate hangs on the east wall between the two windows. Maria was raised by Juan and Juana Menendez and referred to Espiritu as her grandmother.

The hammock over the bed, as well as the cradle at the foot of the bed, were quite practical for the couple’s many children. (Pedro and Maria had 18 children but only the first three were raised at the Adobe.) The Singer sewing machine did not belong to the family and dates to 1905. The handwriting on the square, unpainted patch above the bed is written in Spanish and translated, reads:

Tranquility lives here. 1902. The old lady of the house.

It is believed Espiritu had someone write this on the wall for her.