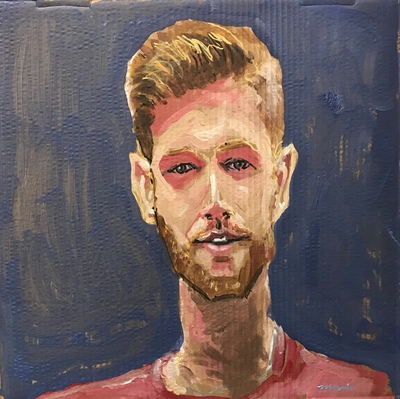 Rob, and Tyler before him, both came to me through Dave (@air_rat).  Rob is Rob Lawless from Rob’s ten thousand friends (@Robs10Kfriends).  Rob and I both have projects where we seek to meet new people through online networking.  And while I meet a limited number of people I am able to paint, Rob is working on meeting ten thousand new friends, and he’s hovering around the three thousand mark of new friends already met.

Rob shared two great bits of wisdom with me.  First, that people like to be heard.  And second, even though he’s heard some incredible stories from his new friends, he resists journaling what he’s heard in favor of just savoring the moment of interaction with who he’s with.  Can you get any better than that?  Listening to people tell their story and being fully present with them in the moment of the telling.