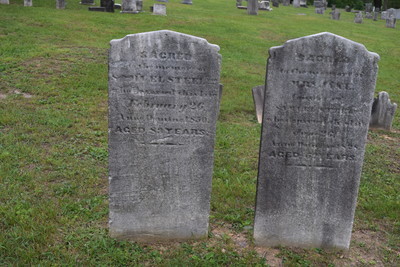 I emigrated to Huntingdon from County Donnegal, Ireland in about 1777 with my brother William Steel. I was on of the early settlers in Huntingdon.

I was a member of Captain Charles McClay's 8th Company, 1st Battalion Cumberland County Militia. I served as postmaster of Huntingdon. I also, owned and operated a tavern and store on the lot that is now Steel's Pharmacy on Penn Street in Huntingdon.

My home was across the street at the corner of Penn and Fifth Streets where the Penn Central Bank now stands.