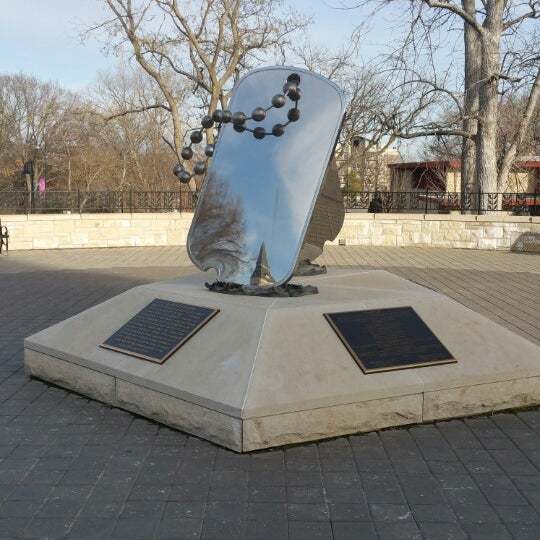 The World War Two Memorial is located in the center of the circular drive in front of McCain Auditorium.  It honors the sacrifice and service of students and faculty during World War II. It was dedicated on Memorial Day 2011.

The memorial consists of a large pair of dog tags on a pentagonal-shaped base, which is surrounded by three bronze plaques that represent the military services by air, by land and by seas. The memorial design, "Tags of Honor," was created by Tim Chapman, president and CEO of the Fort Hays State University Foundation and a former employee of the Kansas State University Foundation. The plaques were designed by Dan Hunt, a professor of art.

Head back towards All Faiths Chapel and directly to the east you will discover the Vietnam Veterans Memorial.