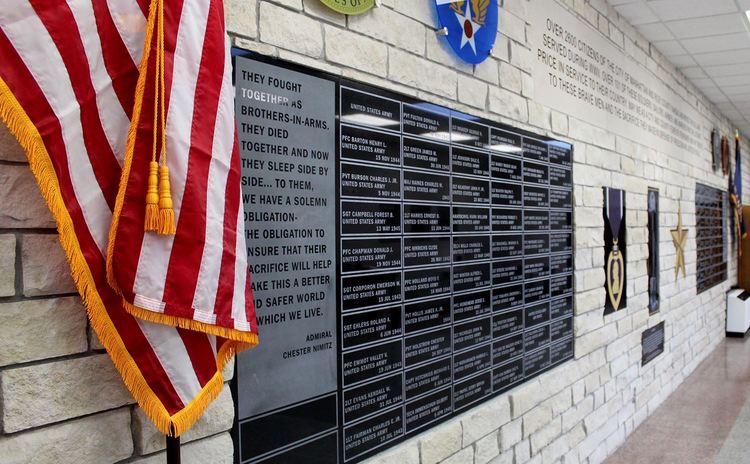 The building is a “living” memorial, dedicated to the 2,610 Riley Countians who served in World War II, the 101 who lost their lives, and to the county’s early settlers  The foyer of Peace Memorial Auditorium honors the 101 servicemen that made the ultimate sacrifice in World War II. It features a kiosk with historical information, and the memorial wall displays the names of the Riley Countians killed in World War II, a Purple Heart, a gold star, and the Soldier’s Cross, also known as the Fallen Soldier Battle Cross.

Cross the street from City Hall and take a walk to the Rose Garden in City Park, just north of the playground and splash park.