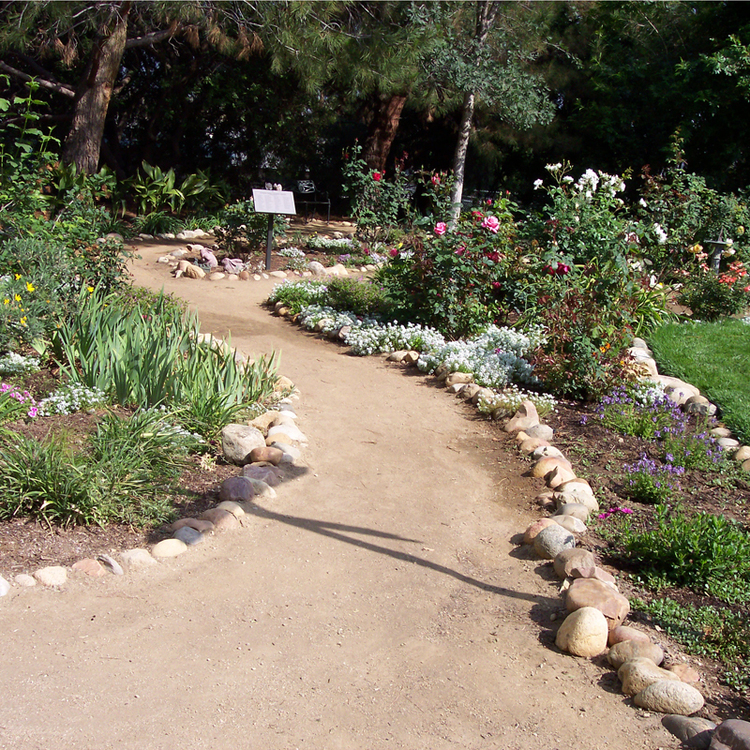 In the peaceful north west corner of the Park you can visit the Pioneer Memory Garden, which was dedicated May 1st, 1994.

The concept for the garden was formulated in 1991. At that time donations were solicited in memory or in honor of families who lived in Simi Valley prior to 1950.

A plaque in the garden lists those individuals to whom the Garden is dedicated.

Also located in the garden is a memorial in tribute to David L. Strathearn, Sr. and his sons Lloyd and Gordon, who were lost at sea in a plane accident in 1968.  This red-brick memorial was initially erected in front of the Strathearn House, but was damaged in the 1994 Northridge earthquake.  The monument was redesigned, and was re-located to this garden.

The garden was a cooperative effort of the Rancho Simi Recreation and Park District and the Simi Valley Historical Society.

If you'll look towards the center of the park, across the lawn, you'll see the white gazebo.  That is our next stop.