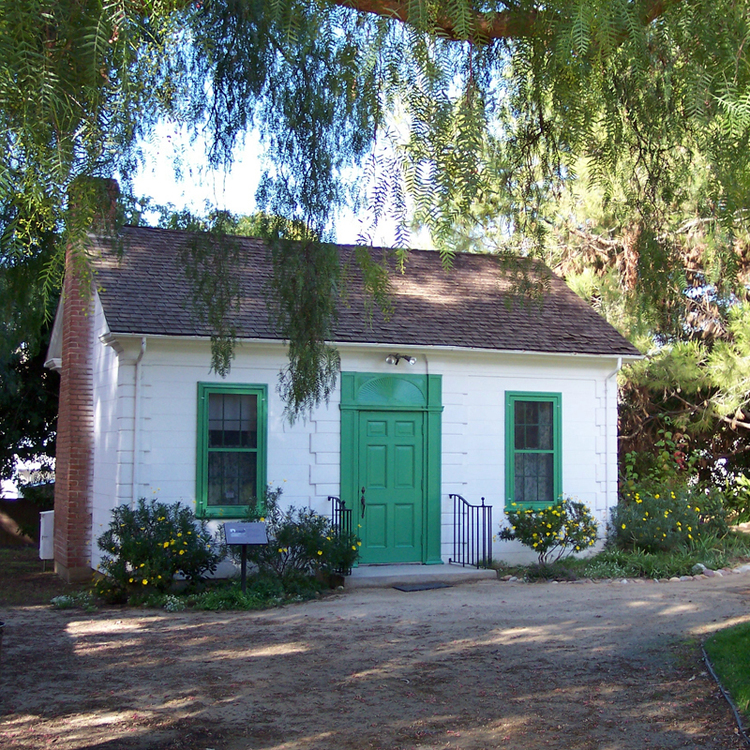 Before there was a dedicated library building, local facilities of the Ventura County Library system were housed in a corner of the Methodist Church in Simi, located at Second and Pacific Streets beginning in 1916.

The citizens of Simi Valley decided they would like a dedicated library building. Several families raised money to buy property next to the old Simi School lot on Third Street.

The library building was opened on February 23rd, 1930. The High School helped to plant the grounds, and The American Legion presented the flagpole. By 1930, there were one hundred branches of the Ventura County Library, mostly in an extra room of schools and churches, and some in houses. This small structure was the first purpose-built library of the Ventura County system.

While our very first librarian was Mrs. Rose Printz, Ms. Clara Hartwell was the librarian at the time this building was dedicated in 1930. It was used until the new library was built on Los Angeles Avenue in the Community Center in 1962.

When the school district was expanding rapidly, due to population growth, the building was used temporarily as a classroom. Later it was leased to the Simi Valley Historical Society for use as their very first historical museum.  The building was then moved to Strathearn Historical Park in 1971.

The next stop is the Pioneer Memory Garden, next to the library, towards the back of the Park.