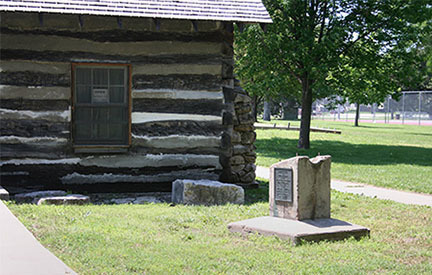 The south mount has a corresponding dedication that reads, "Dedicated to the Union Soldier 1861-1865 by the ladies of the Grand Army of the Republic Manhattan Circle No. 45 Jan 2, 1937.”

Head back towards City Hall and head west on Poyntz Avenue towards Sunset Hill, Sunset Zoo and the Manhattan High School West Campus.  Turn right onto Sunset Avenue and left on Leavenworth into Sunset Cemetery.