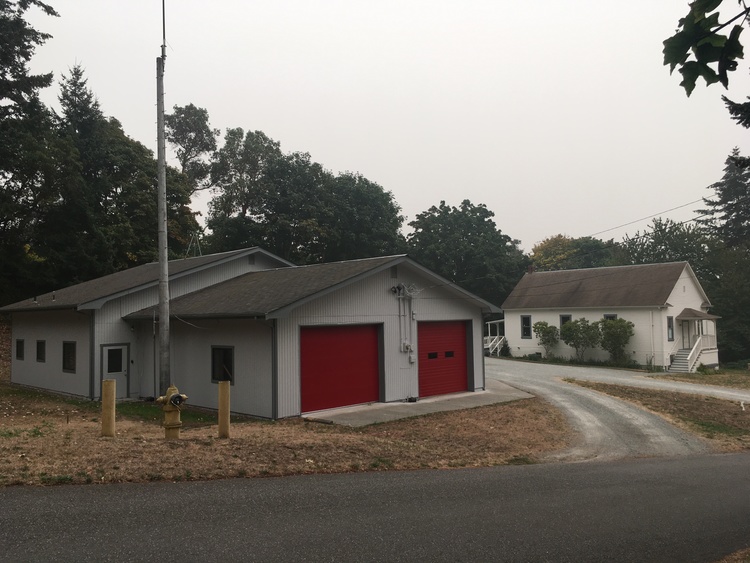 In 1898 the Esary brothers, James, Andrew, and Tom with the assistance from Porter Garrison and Sons, established one of Camano's largest logging companies in the area surrounding the Camano City Schoolhouse.  They also collaborated as landowners and developers. They operated a lumber mill intermittently from around 1907 to 1927. From 1908 to 1910 the Camano Commercial Company operated a narrow-gauge logging railway that climbed the hill along the north side of nearby Chapman Creek.  Between 1890 and 1910 local entrepreneurs touted Camano City as a growing, vibrant "metropolis" with unlimited potential.  Land sold for $20 an acre, and waterfront acres sold for $75.

In the November 1907 issue of the Enterprise newspaper, Miss Emma Freeman, a thirteen-year-old student in the eighth grade at the Camano public school wrote about her town as part of a writing contest. In her words, she describes Camano City.

"Camano Island is between Whidbey Island and the mainland.  It is twenty miles long and about six miles wide. Camano, the most important town on the island, is situated high on a bluff.  The best way to reach it is by boat from Seattle or Everett.  The steamers Camano and Fairhaven make a round trip every day.  This town has a wharf for large steamers and is midway between Seattle and Bellingham.  From every house the snow-covered mountains and the beautiful waters can be seen.  A park has been laid out which overlooks the bay.  A sawmill, shingle mill, and planing mill are located here and a large number of men are employed here. Many men are also employed in camps near by.  Camano is about eighteen miles from Everett and has a beautiful view of Saratoga passage, one of the finest of the beautiful waterways on the Puget Sound.  Fish of all kinds are found in its waters. Steamers can be seen passing by both day and night.

This little village is just about two years old and has made rapid progress.  It has waterworks, electric lights, and is supplied by pure water from the springs.  It also has a fine schoolhouse, a grocery store, confectionary store, and two hotels and is well supplied with launches.  The Westfall Mill Company is building a scow on which they will ship their lumber when it is finished.  The population is already three hundred and is increasing rapidly."

Built in 1906, this one-room schoolhouse served students of the rapidly growing mill town of Camano City.  It was used as a school and community meeting hall until 1936 when the school district consolidated with Stanwood and all students were bused to Stanwood. Schools would not return to Camano Island until 2000.

In 1945, the School was sold to the Camano Fire District and served as a community hall and home of the Sparklers Fire auxiliary.  It was the meeting and entertainment venue for Camano City area until 2012, when it was sold to the Camano Schoolhouse Foundation.  It was listed on the Washington Heritage Register in 2014.  The Camano Schoolhouse Foundation Board has made major improvements to the Schoolhouse since its purchase.  Layers of paint and wallpaper have been removed from the original blackboards; the building’s exterior has been painted; a new heating and air conditioning system has been installed; the electrical system has been updated and the original floors have been refinished after removing the vinyl flooring.  Period desks have been added.  The Schoolhouse is again being used for educational classes of all kinds, arts and craft shows, training of emergency volunteers and community events such as the Annual Lighting of the Schoolhouse and Christmas tree.

In December 2018, the Camano Schoolhouse Foundation’s board of directors purchased the Camano City Fire Hall with the financial assistance from a generous donor.  The Fire Hall will compliment the Schoolhouse as an additional venue to preserve and exhibit the history of Camano Island, and to provide a wide array of entertainment and educational classes for people of all ages.  The possibilities are endless.