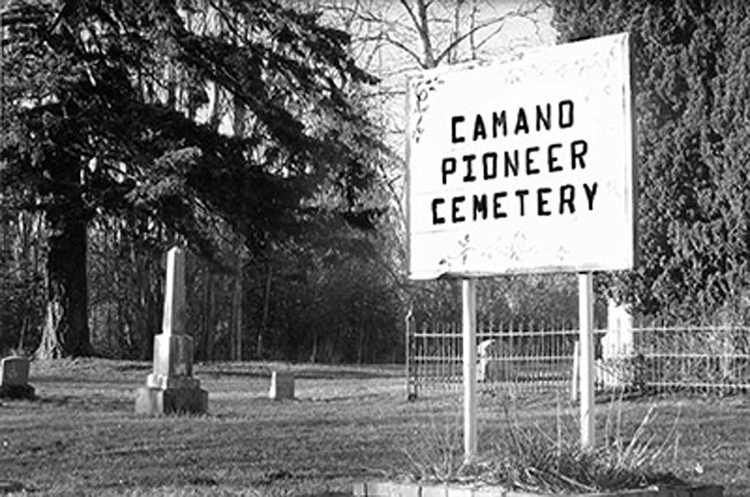 This cemetery was originally platted on February 7, 1887.  Lots 41 to 98 were added in 1907 and lots 99 to 117 were added later.  There are some monument bases present without their monuments.  A neighboring farmer told us that the eastern portion of the cemetery was dedicated for burial of paupers and that there are many unmarked graves there.

Since Camano Cemetery is not a perpetual-care facility, a 1984 Resolution with the Board of County Commissioners set the selling price of the individual grave spaces at $100 until modified.