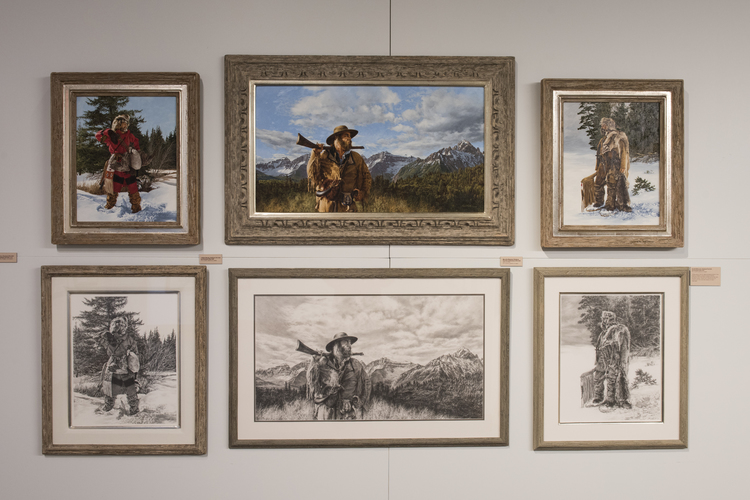 While traveling to the American West to do research, Paul often took his family along on the trips. His youngest son Chris (born 1961), became very interested in the work his father created. Paul helped foster Chris’s love of drawing during the early years of his life. After graduating from the University of Michigan in 1983, Chris decided to follow the path of his father and become an artist.

Today, Chris is a successful freelance artist focusing on many of the same areas of art that Paul did throughout his career. Chris has designed more than 30 postage stamps for the United States Postal Service, as well as more than 100 postage stamps for other countries around the world. He does commissioned work for institutions and individuals in the areas of space exploration and the Western genre as well.

Paul often said one of his greatest joys in life was when he would collaborate with Chris on projects. They shared a studio and worked closely together to design, draw, and paint numerous assignments. They worked on many postage stamps together, including the United States 25th anniversary postage stamp honoring NASA’s Apollo 11 Lunar Landing. They also worked on Western-themed projects together, as can be seen in this section of the exhibit where Paul did an oil painting and Chris created a matching finished pencil drawing of the same subject.

Like father, like son, Paul and Chris Calle were extremely close in their love of art and family. Paul said his greatest treasure was his family. This exhibition honors that love of family.

Next
Paul Calle’s Life of Exploration: From the Mountains to the Moon
HOME