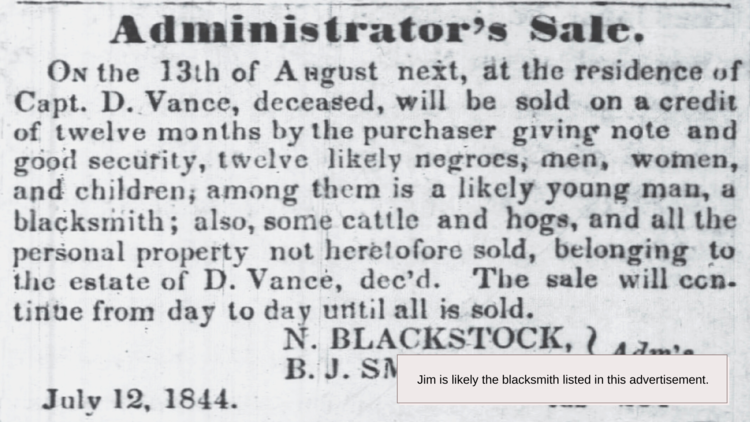 An enslaved man named Jim was to be sold as per Priscilla Vance’s will of 1835, with the proceeds to be equally divided between the orphaned children of her daughter, Priscilla Vance Whitson.  Since there is also a Jim listed in the records of the 1844 David Jr. estate sale, it is possible that David purchased Jim from his mother’s estate.  This was a common practice in western North Carolina, ensuring that wealth remained in the family.

Newspaper announcements of the 1844 auction signaled that one of the enslaved men was trained as a blacksmith.  Since Jim was purchased by John Roberts for $860—over $500 more than Abe, the other enslaved man, we believe that Jim was likely the blacksmith.  We do not know what happened to Jim after this sale.