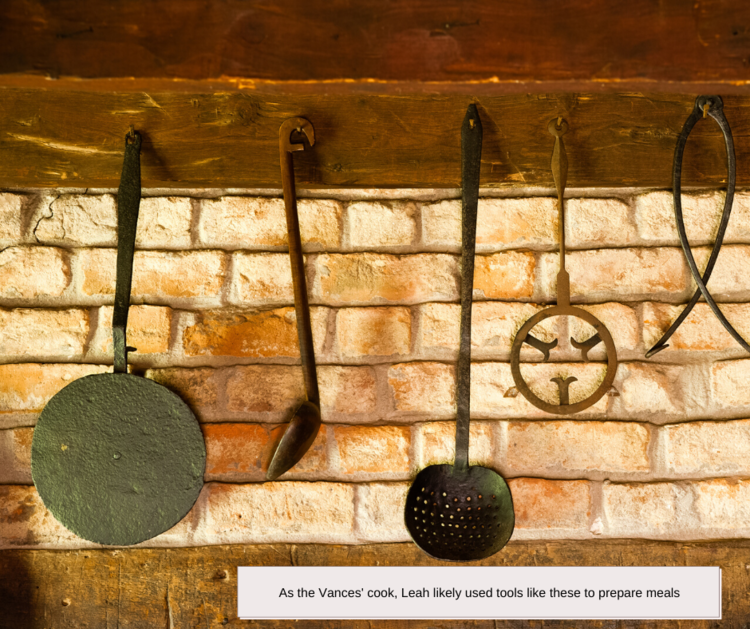 Jo and Leah were born in North Carolina and were enslaved by the Vances prior to 1813.  The couple likely had children, including Leah (II).  David Vance Sr. willed both Leah (I) and Jo to Priscilla Vance in 1813.  David also stipulated that Jo and Leah (along with Richard and Aggy) were to be given “full liberty to go and live with any of my children where their own children live, not as slaves, but as old acquaintances who have labored and spent their strength to raise my children and their own also.”

Like Richard and Aggy, Jo and Leah were granted some freedom within the bonds of slavery, but they were never legally free.  While it seems that Priscilla Vance respected her husband’s will, we cannot know whether Leah and Jo were forced to continue laboring or how they were treated by other members of the Vance family.  The couple may have also remained separated from their children by circumstances or difficulty traveling.  Because neither Leah nor Jo is listed in Priscilla’s will, we know that they both passed away sometime before 1835.