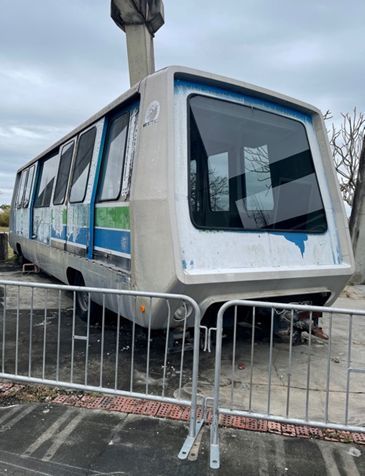 In 2014, Miami Dade Transit completed replacement of its 12 original cars. The new Bombardier cars have a more streamlined look, a self-diagnostic system, and onboard surveillance cameras.

Each car is designed to carry 88  standing and 8 seated passengers. Cars can travel up to 30 miles per hour, but travel at an average speed of 10 miles per hour on the elevated guideway. The Metromover cars were donated to the museum in 2008.