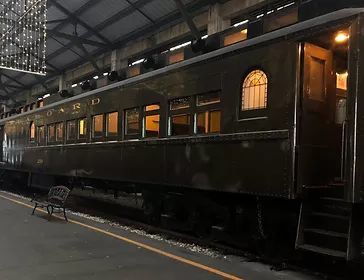 The SAL Passenger Combination Baggage-Coach two fifty-nine was called the “combine”,  because the car is part baggage car and part passenger coach. The car is also known as a “Jim Crow” car because of its segregated seating areas, with 18 seats in the front section and 24 in the rear section. It was donated by SAL, and restored by the Gold Coast Railroad Museum in 1958. The National Park Service named the car as an Historic Rail Object in 2002. In 2007, through a State of Florida Grant, a History of Segregation on the Railroads exhibit was placed in the baggage portion of the car.