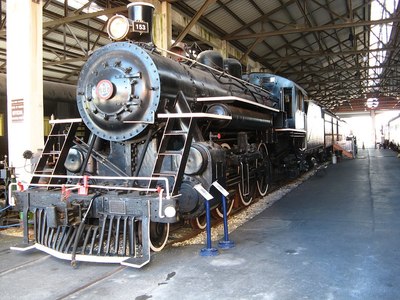 This steam locomotive served on the Florida East Coast Railway from 1922 to 1938, and pulled a train carrying President Calvin Coolidge to Miami in 1928. In 1935, when in use on the run between Miami and Key West, the one fifty three was one of the last engines to reach Miami before the Labor Day hurricane of 1935 destroyed the bridges in the Florida Keys. After 1938 the one fifty three was used as an industrial switcher by the United States Sugar Corporation of Clewiston, Florida. In 1957, this locomotive was donated to the University of Miami. From March 1957 until November 1966, it operated in Miami every Sunday. In 1966 the one fifty three received a major overhaul, after which she was inspected and subsequently certified by the Interstate Commerce Commission.

Due to age and damage by Hurricane Andrew in 1992, this locomotive is currently out of service. On February 21, 1985, the one fifty three was added to the U.S. National Register of Historic Places.