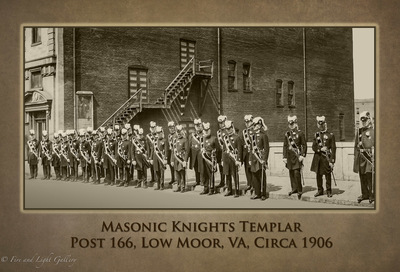 Throughout the nation, many Masonic Lodges built similar structures in the late 19th and early 20th centuries as part of a coordinated initiative to give back to their respective communities.

Unfortunately, most of those Theatres have not survived.

The architects were Frye and Chesterman from Lynchburg, who also designed the Alleghany Building and other buildings in town.

The Masons met with foreclosure on the Theatre after a couple of years and were forced to leave the building.

The Theatre has had a variety of owners and managers including Warner Brothers and RC Theaters.

The Historic Masonic Theatre was the oldest continuously operating theatre in Virginia.

It closed its doors briefly approximately 35 years ago and reopened shortly thereafter.

The Theatre was ultimately deeded to the Town in 2003.

Despite all the owners and reconfigurations over the past one hundred years, this Theatre survived with a good foundation and very good bones.

And a supportive community.

In the Theatre’s 113 year history, a few attempts were made to renovate, for example going from a performing arts venue to a movie theatre.

But the Masonic Theatre Preservation Foundation’s renovation is the one that took the Theatre back to its original beauty.

The Theatre you are looking at today looks stunningly similar to the Theatre as it appeared on its very first day of operation.

The funding was raised and the renovations were overseen by the Masonic Theatre Preservation Foundation (an all-volunteer board formed in 2009 with the goal of restoring the Theatre).

With the help of Historic and New Market Tax Credits and donations from community individuals and organizations, that goal was achieved.

Fundraising continues for Theatre operations and will continue as long as the Theatre serves the community.

We’ll talk about ways to support the Theatre as we tour.

Let’s start the tour where we are standing.