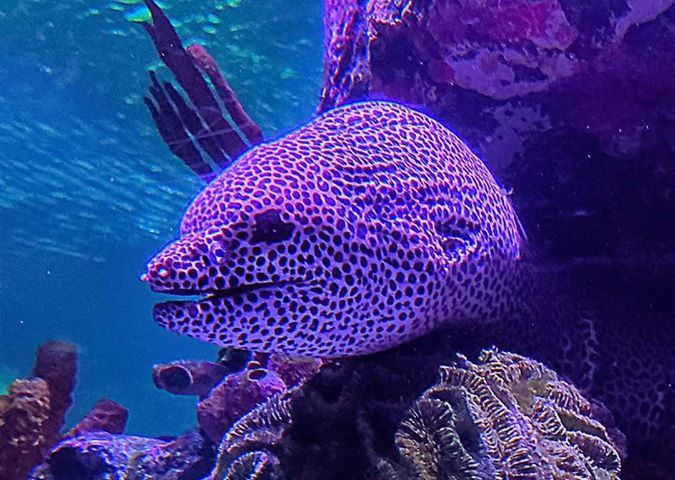 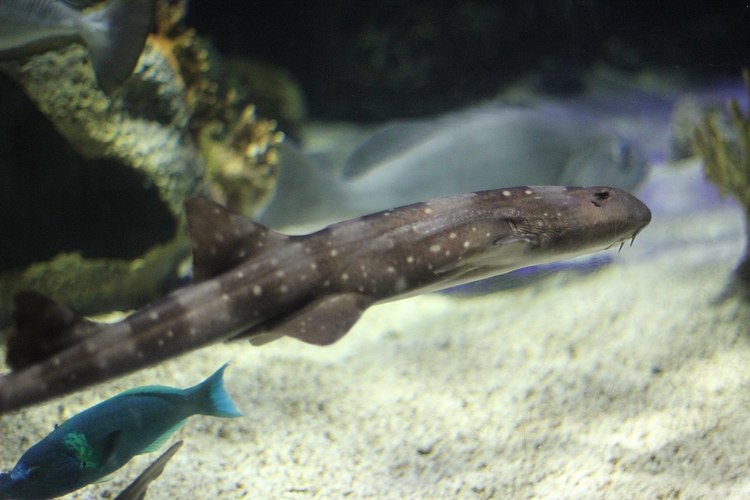 Tesselate and giant moray eels love nooks and crannies. They are ambush predators and spend a lot of time hiding in caves, rock crevices or coral reefs waiting for a prey animal to pass by so they can pounce on it.

A moray eel appears dangerous because it continually exposes its mouth and teeth. This action, however, is not a hostile gesture, but simply the way an eel breathes.

Moray eels are serious predators and their jaw structure reflects this. Not only do moray eels have the razor sharp teeth which you can see, they have double jaws and double sets of teeth! Just like an alien they have a hidden internal jaw called the “pharyngeal jaw”. When feeding they use their outer jaws to firmly grip their prey and then the pharyngeal jaw shoots forward and bites the victim and pulls it into the throat.

SWIPE RIGHT ON PHOTO FOR ANOTHER AMAZING FISH

With those big puppy dog eyes that seem to plead silently for treats, the Dogface Puffer fish is unlike most fish and doesn’t have scales. Instead, it’s got two layers of rough, thick skin that’s so elastic, the fish can inflate itself to several times its regular size to ward off predators. This fish may be small but he has a big personality and quite friendly with our dive team.

SWIPE RIGHT ON PHOTO FOR ANOTHER AMAZING FISH

The White Spotted Bamboo Sharks are small carpet shark that grows to about 3 feet long.

They are nocturnal predators and at night they will scour the bottom for food, sucking in what they find. Like other sharks, they also have electroreceptors along their barbels on their snout to help them locate prey that is buried in the sand and mud. They have small mouths, but powerful jaws.